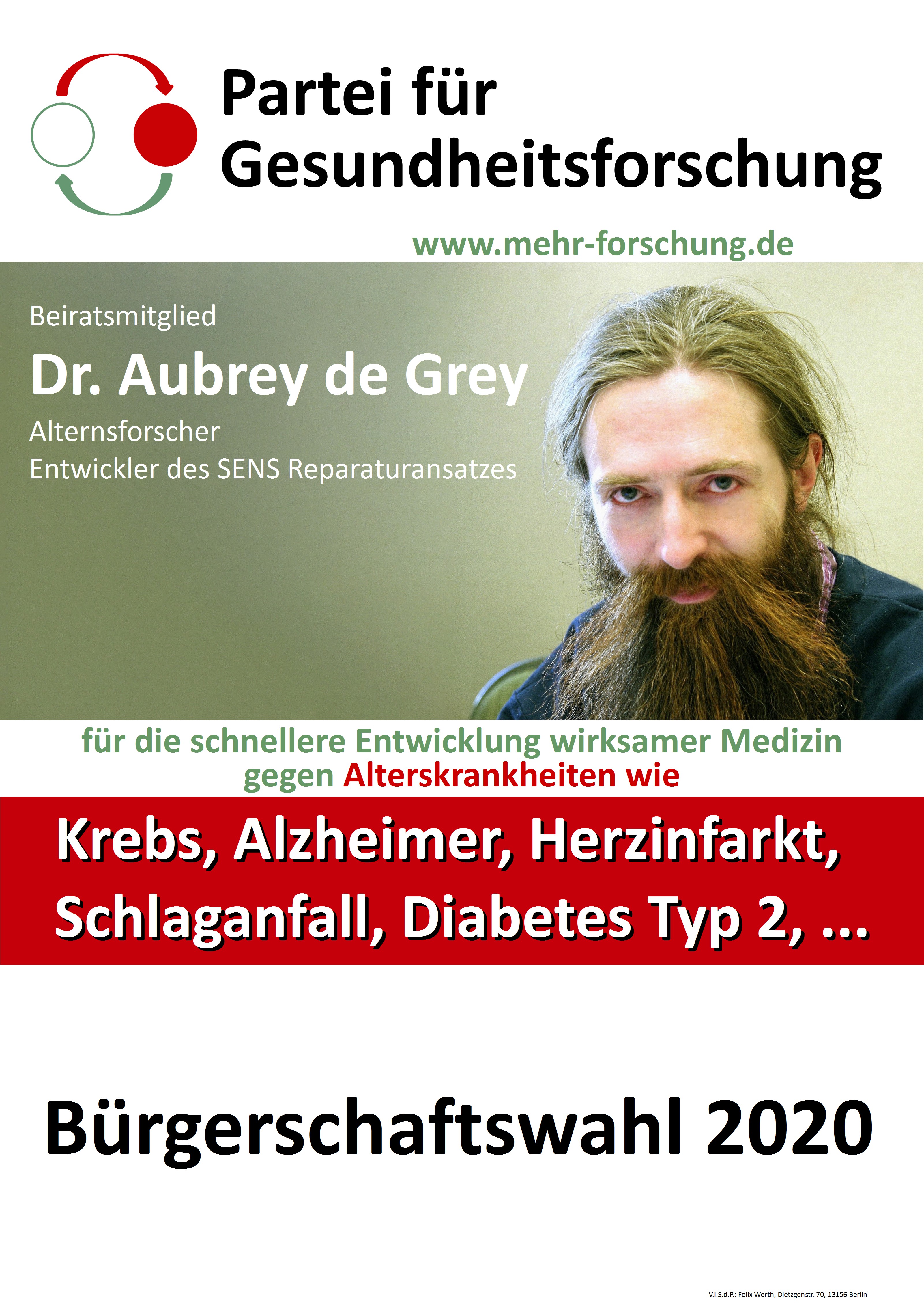 We do a fundraiser for 1000 election posters (din A0) for the German Party for Health Research (Partei für Gesundheitsforschung) for the state election in Hamburg on February 23rd 2020.

Advantages in this election in Hamburg:

When we collected over 1000 support signatures (a requirement to be allowed to participate in the election), we talked to many people in Hamburg and we experienced again, that almost nobody knows our party yet, even so we have already been on the ballot papers in Hamburg in the European Election. In the last two state elections in Thuringia and Saxony we already had 0.5% of the votes in each, despite being so unknown. Therefore if we manage to increase our publicity in Hamburg significantly until February 23rd 2020, an election result of 1% would be realistic. To place election posters all over Hamburg would be an effective way to raise our chance to achieve that.

Please help with a donation!

Attention: According to the law, we are not allowed to receive more than 1000 Euro per year from donors, who live outside the European Union. 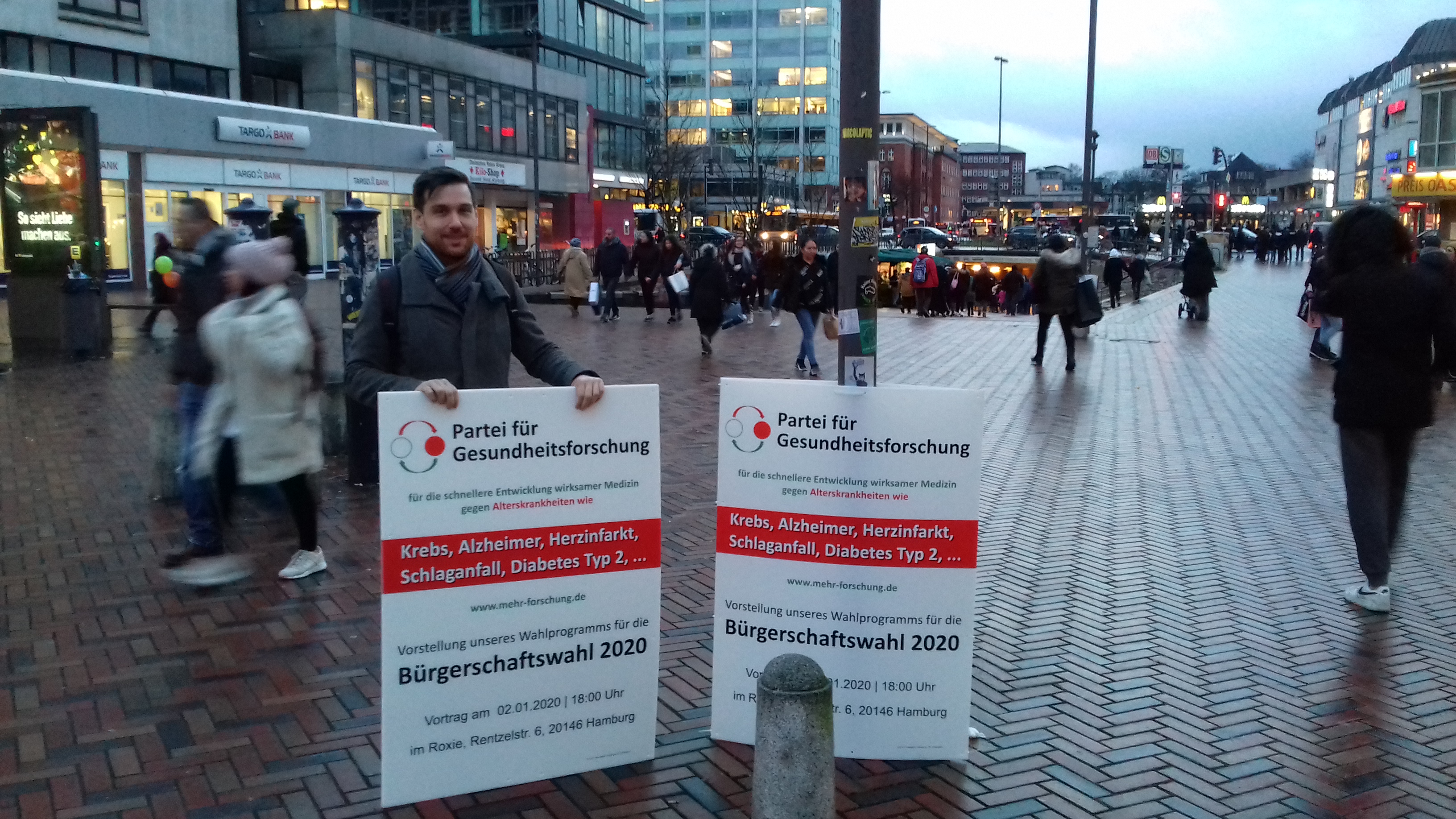 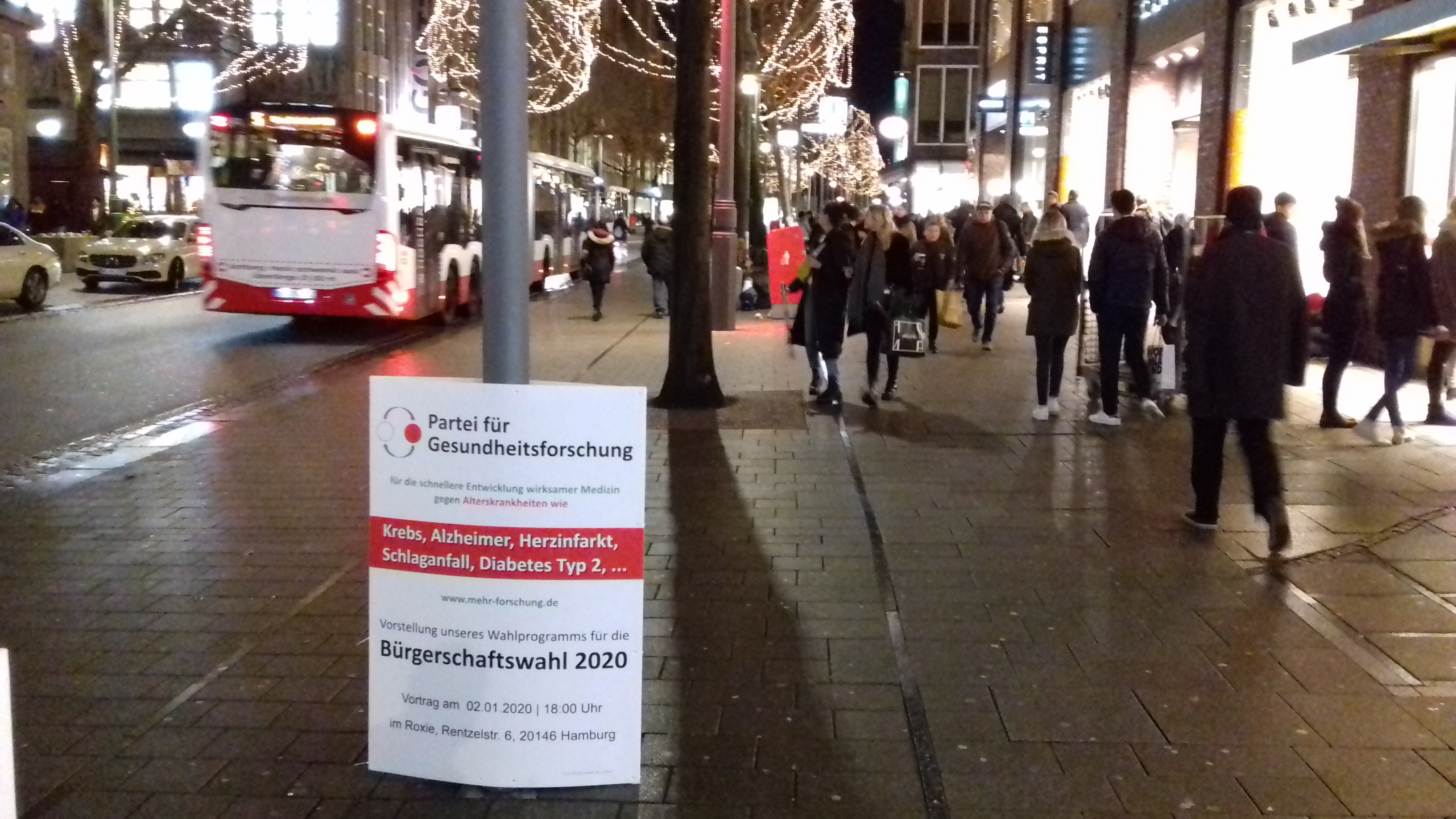